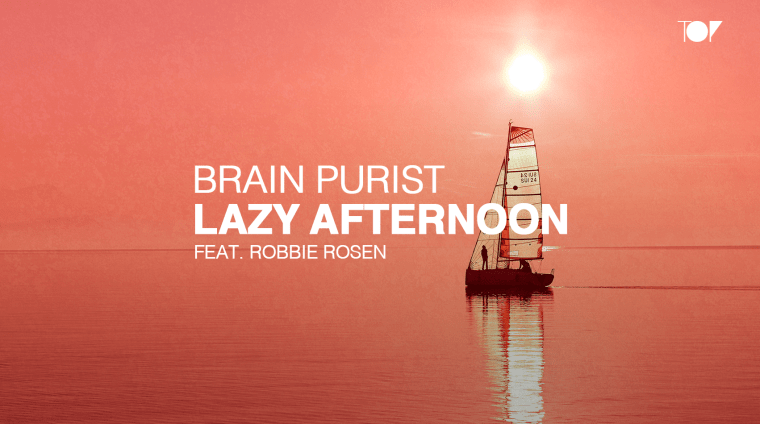 After his indie adventures, Brain Purist is about to drop his amazing pop-dance debut “Lazy Afternoon” on TOP Recordings, the affiliated label of the famous SWUTCH music group, together with American Idol Top 16 Finalist (Top 8 Boys) Robbie Rosen, who’s amassed over 4 million streams on Spotify.

Contrary to the song’s title, there is nothing lazy going on in there! “Lazy Afternoon” is a bossa-esque dance tune that will make you spin, bounce, dance and fall in love.

The single will be available for streaming and download on all digital music services on April 19th!

Brain Purist is an electronic music producer and futurist thinker from Croatia. The inspiration for his unique and eclectic blend of sound comes from 357 subgenres of house music and hip-hop. He has already amassed more than 2 million streams across various digital platforms due to his independent hustle, underground activity and the fact that he was a finalist in an “Unsigned Only 2016 songwriting competition” in the dance music category.  If you were wondering what kind of stage name is Brain Purist – It is a remix, an anagram, of his old producer name Urban Spirit.